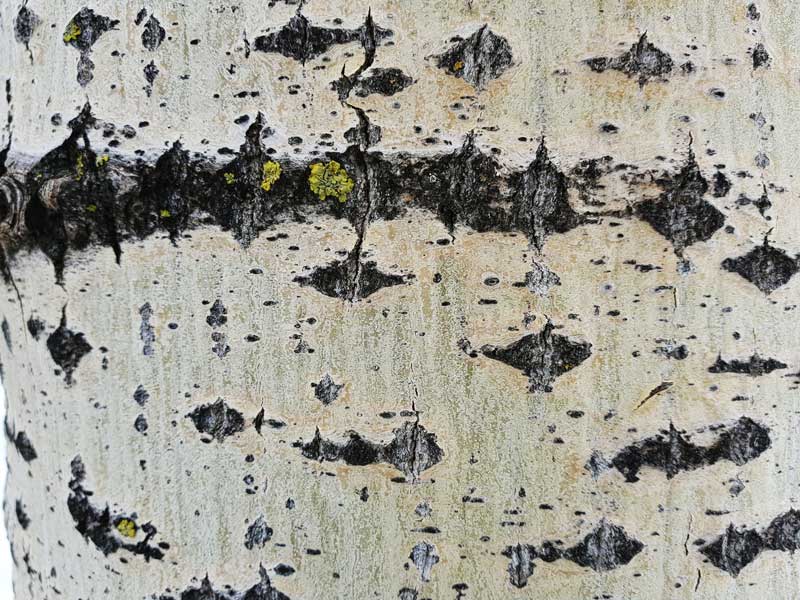 General: Willow Family (Salicaceae). These are native trees up to 30-60 m tall, usually with a straight, branch-free trunk for more than half its length, forming a broad, open crown in open sites; bark gray to gray-brown on mature trees, deeply furrowed into flat ridges on older portions. The leaves are deciduous, simple, alternate, ovate-lanceolate to deltate but variable in size and shape on same tree, rounded or cordate at base, 7-12 cm long, 3.5-7.5 cm wide, hairless or nearly so, the margins finely toothed, dark green above and slightly paler beneath, commonly with whitish or brownish resin blotches, turning yellow in autumn, the petioles round, 3-4 mm long. Flowers male (staminate) and female (pistillate), on separate trees (the species dioecious), each type borne in pendent catkins, the female elongating to 6-8 cm long. Fruits nearly globular capsules 3-4 mm long, splitting to release the seeds; seeds ca.2 mm long, each with a tuft of long, white, silky hairs (.cotton.), easily blown by the wind. The common name is in reference to the dark colored bark.

Black cottonwood is the largest American poplar and the largest hardwood tree in western North America. Variation within the species: black cottonwood is most commonly and widely known as the distinct species Populus trichocarpa but is sometimes treated as Populus balsamifera var. trichocarpa, the western North American segment of the broader species P. balsamifera (Brayshaw 1965, 1976). Black cottonwood and balsam cottonwood have similar appearances, biological features, and ecology, and they hybridize and introgress where their ranges overlap.

Broad at base, narrowing to a point at the tip;

Dark shiny green above, rust-colored underneath;

Swelling leaf buds are sweetly aromatic in the spring.

From interior Alaska across northern portions of North America.

Black cottonwood (Poplus balsamifera subsp. trichocarpa) is nearly identical to balsam poplar except leaves are whitish underneath and it grows in south-coastal Alaska. Hybridizes with balsam poplar where ranges overlap. This is the largest broadleaf tree in Alaska.

Black cottonwood is a commercially valuable tree.Primary products include particle board, plywood, veneer, and lumber. The wood is light colored and light in weight; it is diffuse-porous (indistinct growth rings), with a fine, even texture. The light weight, good nailing characteristics, and light color of the lumber are ideal for manufacture of pallets, boxes, and crates. It also is used in concealed parts of furniture. The fibers are short and fine, making the wood useful in production of pulp for tissues and high-grade book and magazine paper. 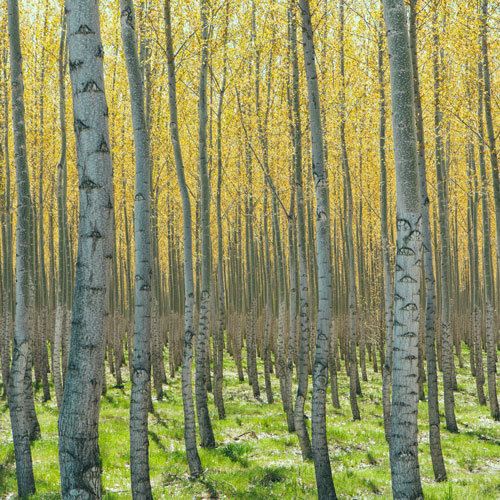