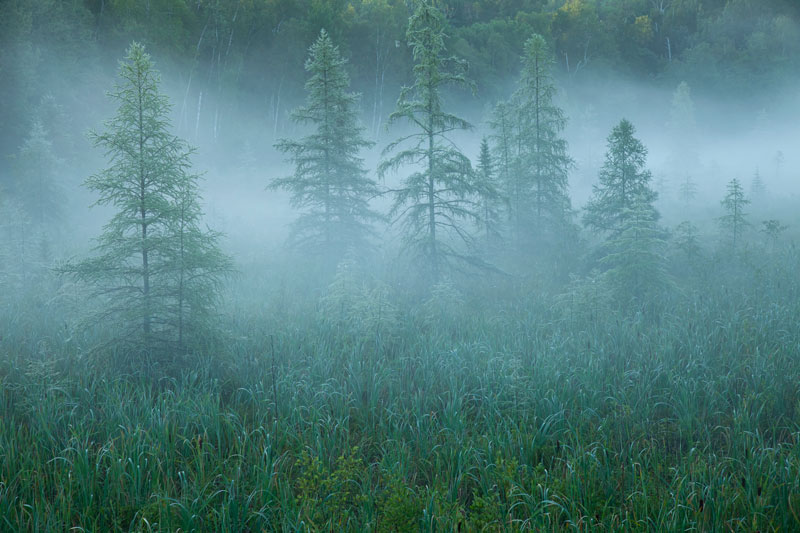 Variation within the species: the Alaskan populations of Larix laricina have been described as a different species (Larix alaskensis = Larix laricina var. alaskensis) on the basis of narrower cone scales and bracts, but the variability is now generally recognized as within the range of other populations of the species. Genetic differences in photoperiodic response, germination, and growth patterns have been documented among trees taken from various parts of the species range. Artificial hybrids have been created between tamarack (L. laricina) and two related species: Japanese larch (L. leptolepis) and European larch (L. decidua).

Tamarack differs from the other two native species of larch (Larix species) in its shorter leaves (of short shoots), shorter seed cones with fewer scales, longer scales than bracts at maturity, and broader, more northern distribution. The larches are the only deciduous conifers besides the bald cypress species.

In clusters of 10 to 20 on short spur branches;

Blue-green needles turn golden yellow and are shed in the fall.

With about 20 rounded, finely toothed scales;

The commercial value of tamarack wood is limited because of insect and disease problems and its relatively poor pulping properties. The wood is used principally for pulp products, especially the transparent paper in window envelopes, but slow-growing trees develop wood with high resin content, making it decay resistant and useful for posts, poles, railroad ties. It also has been used for rough lumber, fuelwood, and boat construction. The back contains a tannin that has been used for tanning leather. 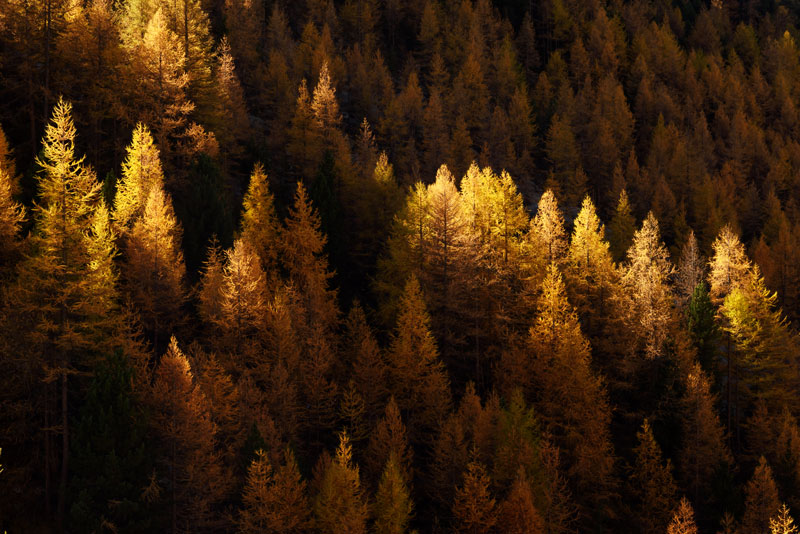 Tamarack is a shade-intolerant pioneer. It is generally the first forest tree to invade filled-lake bogs and burned sites in boreal forest, but it is overtaken in succession by black spruce and various other species. As a consequence, commercial production of tamarack requires site preparation, such as slash disposal and herbicide spraying, and some form of even-age management. Trees should be planted at wide spacings.

Tamarack is highly susceptible to fire damage because of the thin bark, even light burns on peatlands are destructive because of the shallow root system. Flooding from wetland road crossings and beaver dams can kill tamarack stands.